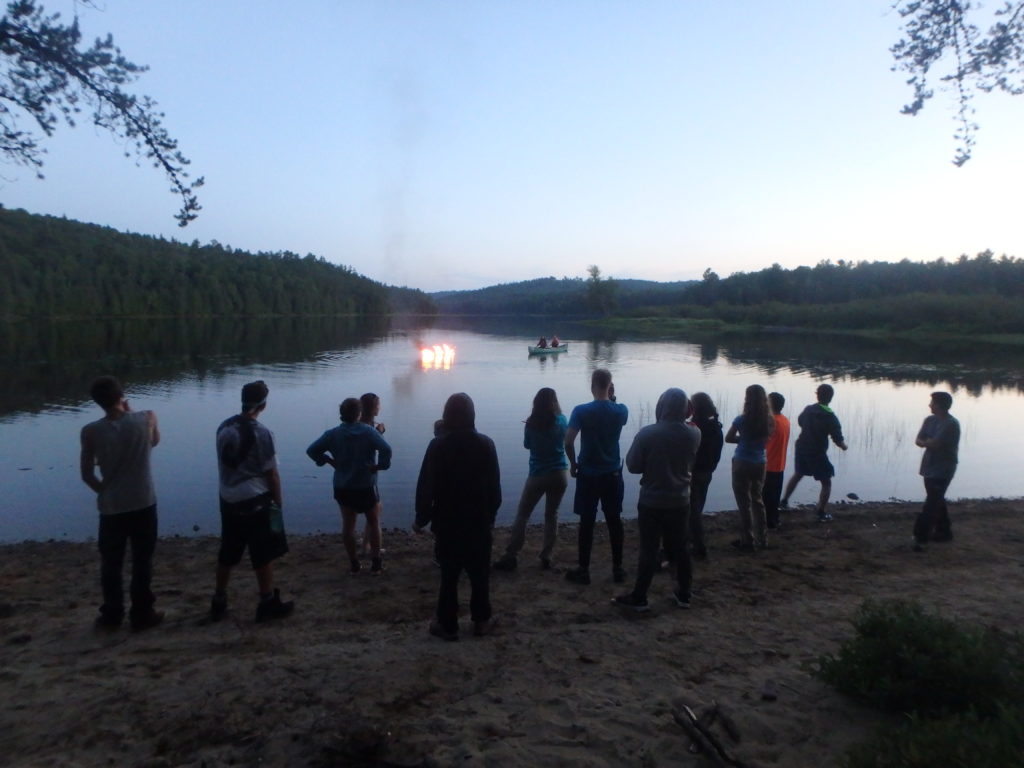 It’s day five and all English students remain alive after an epic rain. We are now unmasked.  The plot is thickening, both in terms of the material your kids are reading, and how both cohorts are gelling. We have two of them – the grade 12’s, and the younger crew I shall refer to as the “Eclectics”.

How the numbers divide is skewed towards the grade twelvers – all 25 of them, vs. the eight boys that comprise the Eclectics.

Which begs the question: how are the six gals doing? I met these super six on day two. I was greeted with firm handshakes and unusual eye contact for a generation whose social skills are reputed to be downtrodden. I was buoyed by this, thinking hope remains for humanity. The gals are solid, giggly, and get down to business in a heartbeat.

As to the guys, I asked Jim, their teacher, about the extent of their bro energy.

“They just jump on things because they’re boys”.

“What kind of things?”

Stephen, their mentor, describes them as “generally respectful.” he added, “They sense the line, but don’t cross it.”

Of course, the gals rule the roost in that group.

The older group is addicted to bracelets. To swimming. To bouldering. But mostly luxuriating in the river to get their formidable willies out. Jim, as always, has them going hard.

The factor that defines the twelvers is that they give a s..t. They care about learning and have the capacity to hunker down. And yet, there is perspective. Two boys woke up in their novel characters this morning wearing dresses.

As to the eclectics – the 8 boys – some were homesick with a few of them being away for the first time in their lives. Before you as parents start fantasizing about how to relieve their suffering, take comfort in knowing that they are maturing, to the point of mutating, by leaps and bounds, navigating a new world with the doting support of our staff.

They are reading a novel called “Lost Things”. The protagonist is a teenager feeling lost. He conjures fairy tales that manifest in reality.

Last night the Eclectics engaged in a fairy tale kangaroo court, with judges, prosecutors, defense attorneys – the works. They engaged with this deeply. Everyone is coming around nicely.

While homesickness is waning, parents do have reason to fear. Their Mentor Spencer, a martial artist that you wouldn’t want to meet in a dark alley, will be doing a session on wrestling. I warned him that if a kid gets injured, I will injure him.

He assures me, “Don’t worry, they will start on their knees.” This cold comfort has me on edge, especially because I have artificial knees.

Last night Oliver, also known around here as the Human Encyclopedia because he reads the equivalent of War and Peace every day, donned a world war one helmet and serenaded the kids before bedtime with the tune “Wonderwall.”

It is this episode that represents this growing feeling that the Eclectics are starting to accept each other. Freak flags are flying. While taking a little longer than the older group, the eclectics are really coming together.

Sadly, this will be my only update this session, for I must be in Toronto unexpectedly for the next week.

Thanks for sending such a gorgeous bunch of fledgling human beings. They are delightful (mostly).

← Is Laser Focus Trumping the Shenanigans? John Lennon and Grandma Return to the Valley →