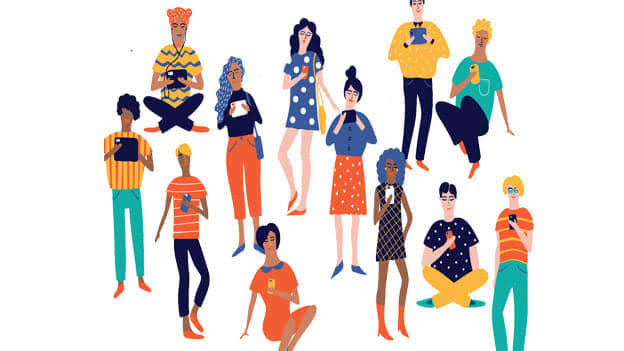 In February, I spoke on an education panel, fielding questions from 250 McGill students about to complete their teaching degree.

The event was a recruiter’s paradise. In a dark room filled with bright eyed Millennials and Gen Zees, scores of future Boundless teachers were just waiting to be hired.

I was also keenly aware I had descended into the belly of the WOKE. As a boomer, I have to watch my step.

My candour burns me from time to time. It ended up being my salvation on this chilly Montreal morning, in a subleased movie theatre, filled with young people ripe to be riled.

“What should be said in an interview to make me stand apart?”

“What do you think makes a great cover letter?”

These questions are about as exciting as interviewing a pro hockey player. They’re asking how to brand themselves. I get that they have to compete with other applicants. But I yearn for something more. Something that resembles a value system. Some independent thinking. Something authentic.

It was on the matter of the cover letter where I may have crossed the line.

One of my co-panelists, a Director of one of the Quebec school boards, was quickest on the draw to respond. He said things like, “focus on your personality, highlight strengths, try and be brief.”

I interjected, “No one reads your damn cover letters”.

Montreal chiropractors must have been busy the next few days based on how fast heads turned.

“You are recycling rhetoric.”

One graduate student, barely past puberty, screams from the back, “Right on, brother!”

I am emboldened. Oh, oh.

“Your resumes are boring. They’re like processed cereal. All sugared up, uniform, and without substance. I wish you folks would just screw off for a couple of years and become interesting.”

This was met with thunderous laughter. On stage, we were shaken by the reaction. The Moderator was a little dumbfounded.

The ensuing vacuum was filled by the Director.

“Excuse me, but with respect, I actually do read cover letters”.

When the audience heard the phrase “with respect”, they were ready for a primetime viewing of a schoolyard brawl.

He’s carefully weighing whether he should escalate. He decides to take the high road, and with quick witted tact, replies,

“About half the time”.

This too was received with resounding hilarity. And for a moment, something interesting and genuine occurred.

In the end, not much blood spilled on the playground. The Moderator looked relieved.

After lunch, the mass of graduates, plus forty or so employers including The Boundless School, shifted to the dreaded Job Fair, which is an experience that often feels like looking for flowers in Death Valley. True talent is rare and precious. Most of the atmosphere is hot air.

But this year, something changed. Prospective teachers lined up to leave nearly 100 resumes at our table. Small private schools like Boundless are often ignored in favour of School Boards where the probability of getting hired is greater. The two of us manning the booth were stunned by the repeated praise we received for our honesty.

I have been in a state of wonder ever since. Is it really that simple? Is candour the key to connecting with Millennials and Gen Zees?

I am embarrassed to admit that I used to participate in Boomer bitch sessions about millennials. Back and forth I would hear and say things like,

On rare occasions, playing the bald and curious anthropologist, I am allowed in the same room as Millennials to observe their rant about Boomers.

Employers and employees, parents and older kids – we’re all snickering at each other.

After that day in February, I pledged to stop my bitching about young people. It did me no good at all. Why scream at the wind?

Call me a masochist, but I think the onus is on me to start building better bridges to the younger set. I need them. Some of them need me. I’ll use candour as my passport. And maybe shut up and listen once and a while. Strikingly, the young want to listen to the old too. This relationship is ordained by nature.

While it’s absurdly simplistic to rely on one principle to bridge a gulf between rapidly evolving generations, candour is certainly a start.