It Just Seems to be Working 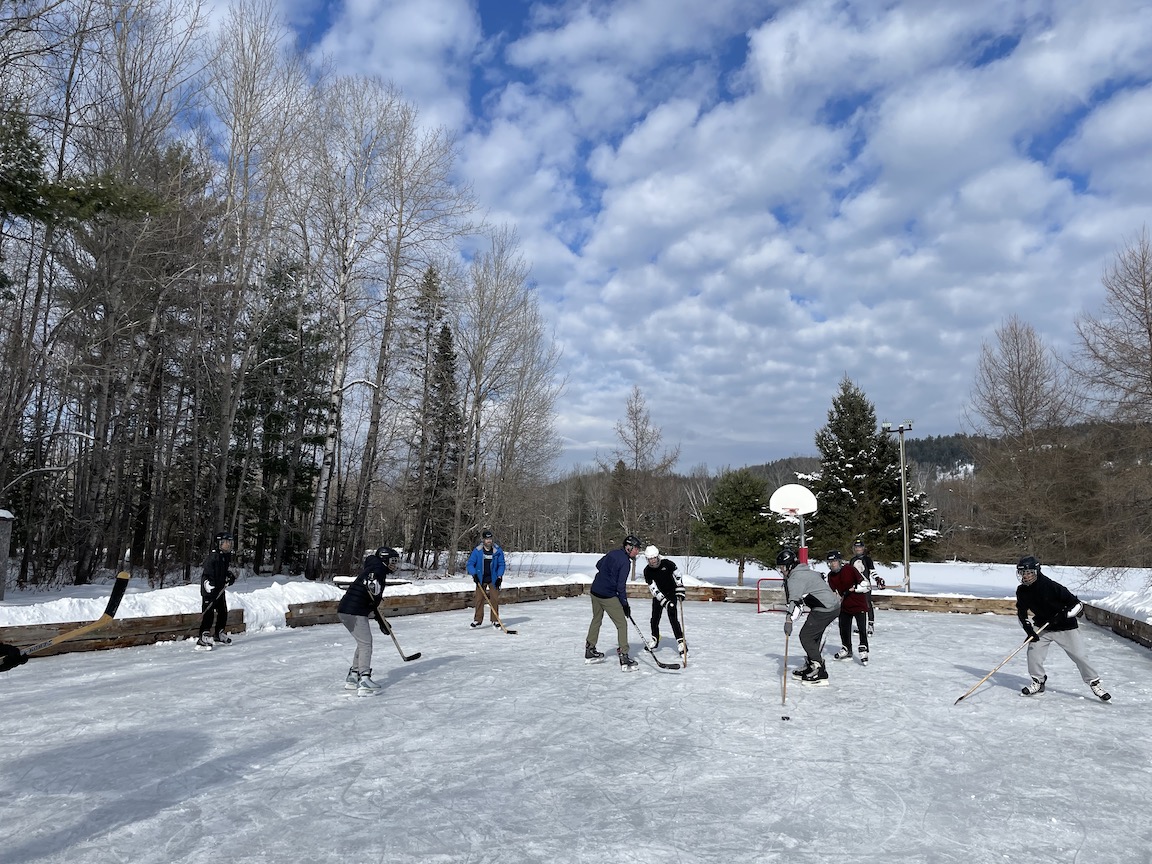 The kids have settled into the new session, adapting to what has felt like Miami Beach one day, and Iqaluit the next. For the record, today we’re in the Arctic, with sunshine bouncing off snow crystals with a purity that will make you weep.

I popped in on the group last night to see which way the wind was blowing, especially for the many new kids.

They are fitting in beautifully. Their mundane Covid urban lives have been radically shaken up. Their open hearts have told the tale so far, and will do so for the next 37 days.

I will try to set the scene and ask the fundamental question.

Exactly how will the Cree, Mohawk, Metis, Inuit, Trinidadians, Philippinos, Madawaska Valley fellas, Latinos and Latinas, and those presenting as white, mesh together in this exquisite new soup?

Let’s hear from the kids themselves:

I greet Seb first after her week away, for I am guaranteed the warmest hug in the Northern hemisphere. We have both learned to quietly ignore the Covid taboo, but the reward infinitely outweighs the risk. Earlier she brought seal meat for the group as her gift. I am told most had a great bite, but a few of the usual suspects declined.

“Do not offend the spirit of the seal”, Seb told the squeamish.

But they wouldn’t pry open their jaws. Perhaps next time. Seb had a Brockville belly laugh describing the scene.

Next came K who was slated to return to us last September, but got the jitters and bailed at the last moment. After the requisite time in the wait-and-see box, K owned things the right way, and he’s back with a vengeance. I bear hug him too. His hat accidently falls off and he’s a little embarrassed. But he is distracted by my masked smile, and declares,

“I may be taller than you now,” he proudly declares.

Marion judges me to have an extra inch.

“Just you wait,” he murmurs

K’s got a long way to go to get to that diploma prize, but we’ll stick with him.

Carlo told me of how he enjoyed his time with his people during his week between sessions.

“But the city felt kinda dead, except for the weirdness.”

I told him I lived just a few hundred metres from a blockade.

He reflected for a moment, and almost whispered, “I don’t know what to think about all that”.

I zero in on what I really want to talk about, for I have come to rely on K for his sound judgment and keen observations.

Incredulous, I ask, “But it’s only three days. How can that be?”

“I dunno. It just seems to be working.”

This mix of teenagers has much ahead of them. They’ll spend half their days in the forest, with the other half deep diving into books. Mary, or Program Manager, will obsess about grooming the skating rink. Sap will woo his peers with his guitar. Ewe will appear disinterested most of the time, and then wow us without warning with his brilliance and absurdity (he brought a acre-sized purple blanket that would have a better life as a theatre curtain). T, M, and C, all new and already behaving like best buds, will set the stage for a party atmosphere.

Perplexed, I inquired, “What parties?’

And so I will. I will write again in about 10 days

Thanks for sending your lovely and amazing kids to us (although some are starting to strangely feel like grown-ups).

← Happiness is a Snowflake The Grinch Who Stole Pillow Fights →