I Really Love My Job 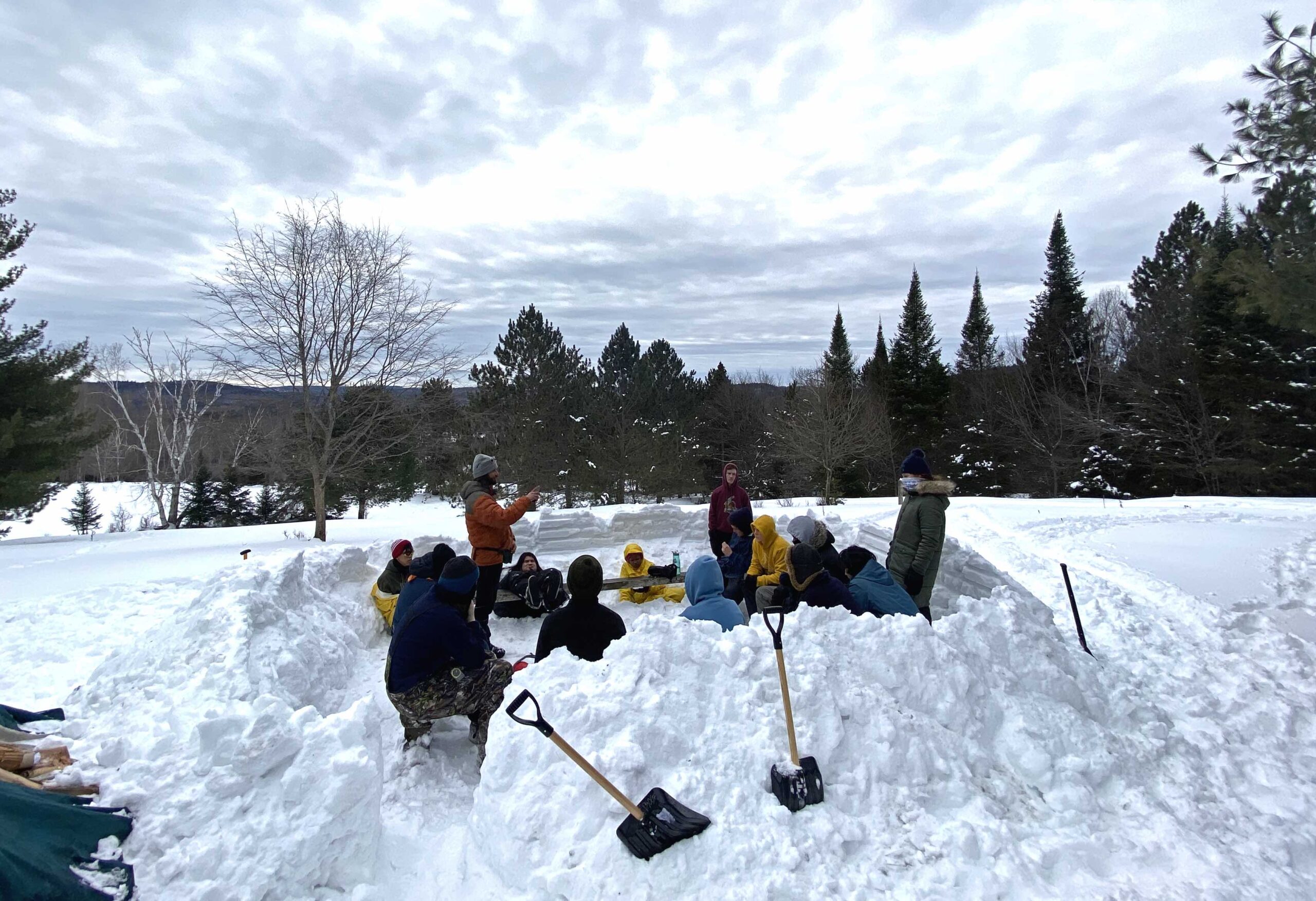 Jimmy, our English teacher and Principal, has had your kids doing haunted walks, invoking monsters to appear – those same malevolent entities the kids have been reading about during the day.

They are becoming cross-country ski experts. They have camped overnight in the dead of winter,  huddling in their homemade shelters to ward off the freezing rain. They are making movies. Crafting poetry. They collapse together at the end of the day like a family, teasing each other, wrestling when they elude the gaze of the teachers, or just hanging back playing cards and chess.

I am not sure why (although I think I blame Maddy and Tomas), but they have turned obsessive about embroidery like a bunch of granny addicts.

These are the days in the lives of your kids. Busy Busy.

Which was why I chose to run a rather sedate evening program a few nights ago where we could just talk about – well, stuff. The pretext for said chatting was an examination of moral codes across a number of cultures. It was an evening of looking at the notion of rectitude (good conduct). By the end of the night, they crafted their own moral codes, and shared them and their rationales with everyone else.

I learned so much about your lovelies that evening.

We looked at the Ten Commandments, the Seven Deadly Sins, The Lakota Sioux Code of Conduct, the Igbos tribe (from Nigeria) rules for daily living, and of course, the Inuit focus on hospitality, sharing and consensual decision making.

I began the session with a controversial claim that ideas don’t have rights. People have rights. Which was a plea for the kids to let-er-rip.

Their knives came out.

They said God came across as needy in the Ten Commandments. Almost insecure. They noted the gentleness of Indigenous writing as contrast. They also chatted about, “Hey, these codes are here for a reason.” To paraphrase, “People often suck and are selfish.”

But when it was time to come up with their own codes, that’s when the juicy stuff emerged.

S, often loath to speak publically, floored me when he said, “I must try and understand the point of view of others.” This was no cliche. It seemed that this tidbit of wisdom came from some life experience that I know not what.

Quiche’s first principle was “have fun”. This old nihilistic tendency which tends to screw up the world was in full display. Yet quiche was proud, especially because he censured his final comment (but showed it to me later), which was,

Sap, never one to waste syllables, had a two-word nugget,

“Yup.” And then he smiles in a way that made me wish I had my sunglasses with me.

Ewe made me fall off my chair, revealing a wisdom beyond his years, or, perhaps, the relentless admonishments of the teachers.

“I want to be less mean when I am critical.” That kid is really starting to get it.

But it was M. whose heartfelt confession carried the night.

I told her that this is just where she needs to be. It’s a teenager’s full-time job to be lost. That young woman is struggling with her biology assignments up here. In that struggle, the world and her place in it is being revealed. Struggle is beautiful. But hard. I feel for her but am floored by her inner strength.

At the end of the ending, where I strove to make a quick getaway because anything past 9:00pm is old-man-o’clock, Ewe chased me down.

And he yanks it off his scalp and hands it to me proudly. I tried to hug him. Ewe hates hugs. Like, really hates them. But he relented in the moment. It was quick.

There are moments where I really love my job.

Thanks to you all for raising such wonderful human beings.